Student debt relief plans have gained momentum as the incoming U.S. President Joe Biden’s Democratic Party gained a majority in the Senate in addition to an already existing majority in the House.

In the fall, Biden announced a plan that could erase $10,000 in student loan debt per borrower. Borrowers are in “real trouble,” he said.

Under the initiative, the federal student loan repayment system would be significantly streamlined. Borrowers making more than $25,000 per year would be placed on one income-driven repayment plan under simplified guidelines.

Other measures currently under discussion include improvements to the Public Service Loan Forgiveness Programme and the government’s income-based repayment programme.

But these steps could become just a drop in the ocean of student debt relief.

In addition to paying ever-increasing tuition fees, many students borrow to finance the cost of living while they are in school.

As a result, more than 43 million Americans currently pay between $200-$300 per month and hold more than $1.6 trillion in federal student debt.

There is also a lot of skepticism surrounding Biden’s proposal. The plan could be costly, and forgiving up to $50,000 per borrower would cost the government about $1 trillion.

And then there is the issue of taxation on debt relief.

Usually, one needs to pay income taxes on the balance of the cancelled debt. This means that Americans benefiting from loan forgiveness could face an enormous bill at tax time. According to Goldman Sachs, borrowers may be on the hook for as much as 20 percent of the amount forgiven.

Heated political discussions over the issue seem inevitable and mean that Biden’s plan could take months or even years to take shape.

Even so, there are high chances that the new administration might not pass objections from conservative Democratic senators because the Senate’s new Democratic majority is razor-thin.

Last year, the House passed an amendment to the annual defence policy bill that would have cancelled up to $10,000 of private student loan debt. It did not survive negotiations with the GOP-controlled Senate, and even some moderate Democrats voted against it.

Democrats remain split on the issue to this day. The most action-oriented group of Democrats, led by Sen. Elizabeth Warren and Senate Majority Leader Chuck Schumer, want the incoming administration to cancel up to $50,000 in student loans.

Warren described student debt forgiveness as “the single most effective economic stimulus that is available through executive action.”

The future of the lending instrument will also likely be part of any discussion on past debt relief. Biden has previously expressed his support for Bernie Sander’s plan that would make public colleges and universities free for families whose income is below $125,000. However, it is unclear how this goal could be achieved given the existing divisions in Congress.

Delays in resolving the student debt problem might have a substantial impact on borrowers in the meantime. The U.S. government’s current pause on payments and interest is scheduled to run out at the end of January. In a recent Pew survey, 6 in 10 borrowers said it would be difficult for them to start paying their student loan bills again in the coming month.

“On day one, the president-elect will direct the Department of Education to extend the existing pause on student loan payments and interest for millions of Americans with federal student loans,” said David Kamin, an incoming deputy director of the National Economic Council on Jan. 8.

This announcement signals that the new administration will be more proactive in pursuing its debt relief programme from day one.

Dimitri Frolowsckii is a political analyst and consultant. 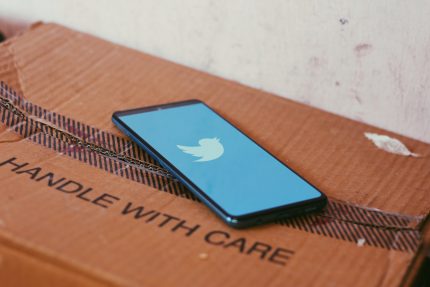