Markets in first quarter: Riding a tiger and waking some bears 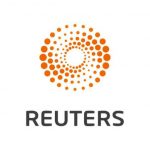 ByReuters
Mar 31, 2021
LONDON (Reuters) – A new U.S. president with $1.9 trillion to spend, amateur traders taking on seasoned hedge funds, hot oil, digital art selling for tens of millions of dollars and grizzly bears in the bond markets. It has been an eventful start to 2021.
A year into the coronavirus pandemic and the focus has been on the vaccines vs variants battle crucial to getting some normality back into the world economy.
It has given oil its best start to a year since 2005, with a 25% gain. World stocks have hit a few new highs too but it’s a very different story from last year’s. Whisper it, but some of the fabled FAANGs and other stratospherically valued stocks like Tesla will end Q1 down.
Then there’s been the bond bears, who have given the government debt markets their worst run since the 2013 “taper tantrum”. U.S. Treasuries and German Bund have lost 6%-6.5%; emerging market currency debt holders are down 7%.
The Democrats’ surprise clinching of the U.S. Senate in January cleared the way for a $1.9 trillion stimulus plan. That has raised bets on growth and inflation, and some worry the Federal Reserve might be spooked into reeling in support.
BCA strategist Arthur Budaghyan said the Senate wins forced a change the view from investors and likened the market impact of the bumper stimulus plan to riding a tiger.
“Riding a tiger is fun,” Budaghyan said. “The only hitch is that no one can safely get off a tiger.”
For a graphic on U.S. yields and inflation:
The knock-on effects have been widespread.
From their January peaks, funds, stocks or currencies linked to innovation – the ARK Innovation Fund, Solar Energy stocks, BioTech shares, cryptocurrencies like Bitcoin, and special purpose acquisition companies or SPACs – are down 20-25%.
The dollar has made the multitude of investment banks that predicted its fall look like fools by having its best Q1 since 2015 and any quarter since 2018.
Oil’s hot streak has seen the Canadian dollar and Norwegian crown outperform. Britain’s pound has too thanks to the UK’s rapid COVID vaccine rollout programme, but emerging markets have been skittled.
Brazil’s real and Turkey’s lira have followed last year’s 20% batterings with further 10% drops. Remarkably the lira was the world’s best performer for the first six weeks of 2021. Then bond yields and energy prices kicked higher, and then President Tayyip Erdogan sacked another central banker.
“It is all been about the decoupling between the U.S. and the rest of the world,” said Axa’s chief economist Gilles Moec, highlighting that at over 6%, the U.S. is set to grow at its quickest rate since 1984 this year and faster than China for the first time in at least 20 years.
For a graphic on Currencies in 2021:
MEME MAYHEM
While oil and an industrial metals like copper have soared on global reopening hopes, safe-haven gold has dumped 11%, marking its worst start to a year since 1982, albeit after a near 25% leap in 2020.
Last week’s blockage of Egypt’s Suez canal saw some shipping rates double, and electric car demand means palladium and platinum and are still 5-10% higher this year, but wheat and other key food prices have wilted badly.
At the other end of the investment spectrum, battles still rumble between online retail investors and the hedge funds who bet big money against so-called meme stocks like GameStop.
The video-game retailer’s shares soared as much as 2,700% in January when millions of small investors, egged on by social media, employed a classic Wall Street short squeeze on Wall Street itself. It is still up 950% whereas the main world stock index is up only 3%.
And if that doesn’t bamboozle the mind, a digital-only artwork sold for nearly $70 million this month. The buyer? A crypto asset investor going by the pseudonym “Metakovan.”
“Compared to the unusualness of Q1’s catalysts – a last-minute Democratic sweep, a surprisingly large $1.9 trillion U.S. stimulus, meme stock trading, bubblettes bursting – Q2 will probably look less dramatic.” said JPMorgan’s cross-asset strategist John Normand.
For a graphic on Global markets in 2021:
For a graphic on World stocks have gained ground this year:
For a graphic on Dollar’s strongest start to a year in six years:
Reporting by Marc Jones. Editing by Gerry Doyle 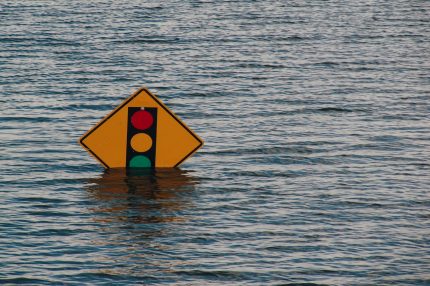