Study shows only 2-3% of Earth’s land is ecologically intact. Here’s what we can do 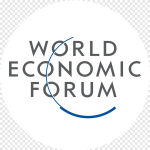 Apr 15, 2021
· A new study published in Frontiers in Forests and Global Change has revealed that only 2% – 3% of the Earth’s terrestrial surface can be considered ecologically intact.
· This percentage is significantly lower than previous assessments, which estimated this figure at 20% – 40%.
· This is because the more recent study included the loss of species from intact habitat in addition to reduced populations.
· On a positive note, the study has revealed that a focus of restoration of specific species in intact habitat could restore ecosystems to 20% of land.
Only between 2% and 3% of the Earth’s terrestrial surface can be considered ecologically intact, according to a new study published in Frontiers in Forests and Global Change. This percentage is drastically lower than past assessments, which estimated it to be between 20% and 40%, because it factored in loss of species from intact habitat as well as reduced populations of species. The findings show however that a focus of restoration of specific species in intact habitat could recover ecological integrity to about 20% of land.
More than 30 years ago, wilderness areas – natural areas that have not been considerably modified by humans – were identified as priorities of conservation and protection actions. Only recently has there been a push to define how to measure wilderness, with a focus on intact habitats. The integrity of natural ecosystems has also been recognized by the UN Convention on Biological Diversity as an important goal in the post-2020 global biodiversity framework. “We know intact habitat is increasingly being lost and the values of intact habitat have been demonstrated for both biodiversity and people,” says Dr Andrew Plumptre from the Key Biodiversity Areas Secretariat in Cambridge, lead author of the study, “but this study found that much of what we consider as intact habitat is missing species that have been hunted by people, or lost because of invasive species or disease.”
Defining intactness
Currently, there is no common definition of intactness. Past assessments, which focused on mapping human influence on habitat intactness, created maps of anthropogenic impact that independently estimated that between 20% and 40% of the planet’s terrestrial surface remains free from major human disturbance (such as human settlements, roads, and light and noise pollution).
In the new study, Plumptre and colleagues took a different approach. Instead of focusing on human impact, they made a scoping of Key Biodiversity Areas (KBA) Criterion C sites, which states that an intact ecological community has the full complement of species known to occur in a particular site in their natural abundances (ie no known loss of animals in that area), relative to a regionally appropriate benchmark. As a benchmark, the authors chose the year 1500 CE, as this is the baseline date for assessing species extinctions within the IUCN Red List of Threatened Species. In addition to habitat intactness, the authors also assessed faunal intactness (ie, without any loss of animal species) and functional intactness (no loss of animal densities below a level that would affect the healthy functioning of an ecosystem).
Restoring intact habitats
The authors explored how applying these 3 measures of intactness reduces the number of sites that might qualify under KBA Criterion C. They found that only between 2% an 3% of Earth’s terrestrial surface qualifies if Criterion C is defined as sites which are functionally intact, 10 times lower than previously estimated. Worryingly, only 11% of the measured sites are covered by protected areas. Many of the identified areas coincide with territories managed by indigenous communities, who play a crucial role in maintaining them. “Areas identified as functionally intact included east Siberia and northern Canada for boreal and tundra biomes, parts of the Amazon and Congo basin tropical forests, and the Sahara Desert,” according to the authors.
However, there is hope. The authors say that up to 20% of the planet’s land surface could be restored to faunal intactness through reintroductions of only a few species into remaining intact habitat. Plumptre says: “The results show that it might be possible to increase the area with ecological intactness back to up to 20% through the targeted reintroductions of species that have been lost in areas where human impact is still low, provided the threats to their survival can be addressed and numbers rebuilt to a level where they fulfil their functional role.”
How does the World Economic Forum encourage biological diversity?
In the last 100 years, more than 90 percent of crop varieties have disappeared from farmers’ fields, and all of the world’s 17 main fishing grounds are now being fished at or above their sustainable limits.
These trends have reduced diversity in our diets, which is directly linked to diseases or health risk factors, such as diabetes, obesity and malnutrition.

One initiative which is bringing a renewed focus on biological diversity is the Tropical Forest Alliance.
This global public-private partnership is working on removing deforestation from four global commodity supply chains – palm oil, beef, soy, and pulp and paper.
The Alliance includes businesses, governments, civil society, indigenous people and communities, and international organizations.
Enquire to become a member or partner of the Forum and help stop deforestation linked to supply chains.

In the future, identifying areas under KBA Criterion C can help focus attention on these sites for conservation and restoration, according to Plumptre, “It has been shown that intact habitat has important benefits for both wildlife and people and as a result needs to be a critical target of the ongoing negotiations of the Convention on Biological Diversity post-2020 global biodiversity framework. Recognition of these special places within intact habitat, where you have full functional intactness, is needed and plans to focus restoration in areas where ecological integrity might be recovered.”

Microsoft is the most popular ESG stock, along with these other names