Although the idea of a universal basic income (UBI) has been around for a while, the COVID-19 pandemic may create new global momentum for the movement.

Economic turmoil and surging unemployment rates have pushed many governments to introduce programmes of direct financial assistance to support the people hit hardest by the pandemic. This supplies researchers with a real-world opportunity to study the impact of state assistance schemes and evaluate the prospects for UBI.

The origins of the idea

The idea of UBI was first mentioned more than 500 years ago, when the philosopher Thomas More proposed it in his 1516 novel Utopia. But it wasn’t until the 1960s and 70s that economists and politicians began to think about the topic more seriously.

In 1962, the American economist Milton Friedman proposed an idea related to UBI, known as the negative income tax, which envisioned that individuals who made below a certain level of income would receive money from the government.  The United States and Canada conducted pilot studies in towns and cities with the negative income tax and a guaranteed annual income during the 1970s. But after both countries entered a period of political conservativism, these experiments mostly went nowhere.

In the U.S., the only reminder of that initiative remains in the state of Alaska, where surplus profits from oil extraction in Prudhoe Bay have been distributed among the entire population of the state.

In Canada, the experiment in the province of Manitoba was shut down in 1979, and no official report was commissioned on its results. Yet studies by the University of Manitoba showed that the effects of poverty began to melt away, while hospital visits decreased in participating communities by 8.5 per cent and mental health appeared to improve.

During the past decade, UBI has attracted more attention than ever before. This might signal a shift in political and social attitudes towards a universal basic income.

One of the major examples has been an ongoing scheme run by the charity GiveDirectly that allocates payments of $21 to adults in western Kenya, which resulted in a substantial increase of reported wellbeing. Other major cases also took place in Namibia and Finland.

In Namibia, the scheme allocated $7 to around 1,000 people in the village of Otjivero, which helped to increase school attendance by 92% and decrease childhood malnutrition from 42% to 10%.

In Finland, the government selected a group of 2,000 unemployed individuals and paid each a flat monthly income of €560 throughout 2017 and 2018, while they kept job hunting. But the project was ultimately canceled because the results suggested that participants were less likely to find jobs compared to those receiving unemployment benefits, and UBI might have emerged as the major factor.

Nonetheless, the report on the results of the Finnish study showed an improvement in participants’ wellbeing: “basic income recipients were more satisfied with their lives and experienced less mental strain than the control group,” the study by researchers at Helsinki University concluded.

Although there are multiple proponents of the concept worldwide, its impact remains inconclusive. The major concerns are that UBI could demotivate people from looking for jobs and instead encourage them to rely on subsidies. A countrywide trial would be needed to test the idea in practice – and the current pandemic has provided such an opportunity.

In June, Spain launched an online platform as in the wake of the pandemic offering monthly payments of up to $1,145 to its citizens. The local government aims to give regular payments to almost 850,000 households, in what has been described as the largest economic experiment of this type to date.

The system will allocate a fixed monthly sum to each eligible household, no strings attached. As such, it will provide recipients with enough cash to meet their basic needs without trapping them in poverty. Spain’s scheme is the first of its kind to be rolled out nationwide. This makes it both unique and extremely timely, and surely will be closely watched by economists and other governments.

However, it is important not to confuse the program with UBI, but rather treat it as a major step that might lead towards a universal basic income in the future. First of all, the program’s scope is limited to the most economically vulnerable citizens. And eligibility is determined by reviewing a household’s total assets and previous year’s tax return.

Spain is not the only country to go down this path: a UBI-linked scheme was also introduced in Canada, where the government launched a Canada Emergency Response Benefit (CERB) programme that provides a taxable $2,000-per-month benefit for people whose incomes have been affected by the pandemic. A staggering 8.4 million Canadians—22 percent of the country’s population—applied to take part. The scheme not only helped many people to survive in a time of record unemployment growth, but has also reignited talks about UBI.

The idea of UBI has also attracted more attention across the U.S. The pandemic has left more than 30 million Americans jobless, and the recent depressing numbers about the country’s record GDP collapse show that the recovery will not be swift. Although the U.S. federal stimulus package might deliver some relief, it doesn’t seem to be enough to help the millions of people who currently rely on food banks and face threats of eviction from their homes.

In May, 17 mayors from cities across the country, including prominent Atlanta Mayor Keisha Lance Bottoms, founded the group Mayors for a Guaranteed Income. The organization recently received a $3 million donation from Twitter and Square CEO Jack Dorsey. This high-level push for a guaranteed basic income might serve as the impetus for similar initiatives across major U.S. cities.

Given the dire economic circumstances across the global South, the UN also came up with a UBI-linked initiative. In a recent report, the UN Development Programme suggested that implementing a temporary universal basic income for the world’s poorest 2.7 billion people could help ease the toll of the pandemic. While the pandemic could otherwise push 265 million people to the brink of starvation, according to the report, UBI could serve as a counterbalance and could be funded by repurposing billions of dollars of debt repayments.

The pandemic could also become a rehearsal for the more tectonic changes wrought by the rise of automation, which could displace tens of millions of workers in the coming decade and further increase public support for UBI-linked schemes.

For instance, a report by the Brookings Institution showed that some 36 million U.S. jobs are highly susceptible to automation, in sectors ranging from hospitality and food services to manufacturing, retail, agriculture, transportation and logistics. The situation is no different across other OECD economies, where millions of people could become unemployed because of the Fourth Industrial Revolution. As a result, governments will need to think about ways to assist individuals who end up jobless due to automation while investing resources into teaching them new skills.

It is also unclear whether UBI could be implemented in countries with large populations such as the U.S. For instance, one UBI proposal amounting to $1,000 a month for every American could cost more than $4 trillion given the size of the population. That’s more than the entire U.S. budget in 2018.

Whereas the rise of UBI-inspired schemes raises optimism, measuring its impact might pose a significant challenge. It will be necessary to isolate the effects of a UBI on such factors as productivity, economic wellbeing and job-search activity, all without the benefit of a clearly built-in control group. Multiple fraud schemes that took place in Canada and other OECD economies that undertook UBI-linked experiments also point to potential drawbacks.

The ultimate success of UBI-schemes will be measured by whether they will persist after the pandemic is over. Many governments worldwide will inevitably need to return to this idea in some way given the economic fallout from the pandemic and the inevitable impacts of automation. So far these experiments have had a rocky start, but the growing momentum in the U.S. and elsewhere suggests that the idea will only gain steam in the coming years. 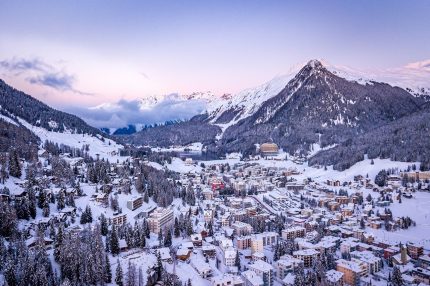 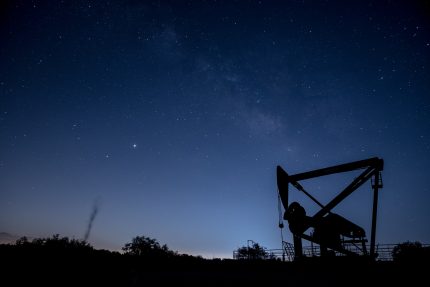 Biden Should Focus on Renewable Energy, Not Petro Politics