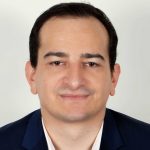 The coronavirus pandemic has accelerated the evolution in how we use money, with contactless or online payments replacing cash. The ranks of nations adapting to change the fastest features the usual suspects, but there is one surprising newcomer.

The speed at which nations were making the transition to non-cash payments during COVID-19 was led by nations from developed markets, according to a Bonston Consulting Group report titled Global Payments 2020: Fast Forward into the Future. Nothing shocking here.

Great Britain led with the fastest rate (a 62% fall in cash usage), followed by Canada (-59%) and Australia (-53%). The surprise newcomer proved to be an emerging market player, Russia, which entered the top five with a net change in consumer cash payments estimated at -48%.

Russia has always been a quiet leader in tech. However, the late-era Soviet legacy, and the decade following its collapse, have more recently formed conceptions over the state of play in the world’s largest nation. Or perhaps, “misconception” is a better term, as it appears that the business and consumer world in Russia is busy leapfrogging to the front in cashless payments.

Prior to the pandemic, cash was already being edged out in Russia’s major cities as Moscow and St Petersburg as consumers paid increasingly with apps, cards and smartphones for even the smallest purchases. That trend only appears to have grown legs.

Concerns over transmission of the coronavirus have compelled Russian consumers to reconsider how they shop and pay. Retailers, restaurants and other services are choosing clicks over cash to reduce exposure for employees. This transition has also been encouraged by the Russian authorities.

The country’s officials consistently urged consumers and businesses to use digital payments rather than cash to slow down the spread of the pathogen.

The Central Bank emerged at the forefront of the transformation. During the first months of the pandemic, the Central Bank endorsed lowering and even waiving the fees on instant payments using its Fast Payment System, provided other banks with an automatic extension of all cards approaching their expiration date through July 1, 2020, and temporarily allowed the opening of accounts remotely with simplified know-your-customer (KYC) rules.

Tinkoff, the online-only banking service, has grown to become Russia’s third largest bank by customer base, according to an Oct. 7 release from the company. Meanwhile, online retailer Ozon even before corona started testing new services that make security in online payments more customer friendly.

Last year, another report by BCG showed that during 2010-2018 Russia experienced a 30-fold increase in the number of non-cash card transactions: from 5.8 to 172 per person per year. According to this indicator, Russia overtook all European countries, including the leaders, such as the United Kingdom and Netherlands, which showed two- and three-fold growth over the same period.

Twenty years ago, the notion of Russia racing towards a cash-free future would have elicited no surprise – it might rather have been the punchline of a grim joke. Now its a mark of adaptability and proficiency, proving that the more things change…well….the more they actually change. 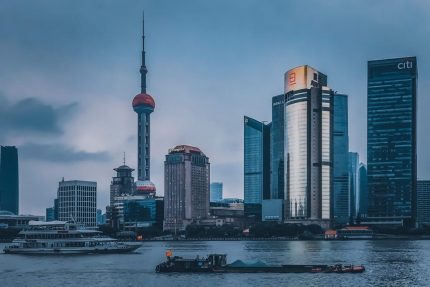